We’re excited to have Liliana as a new member of the lab! Liliana will be doing experimental work to figure out how self-organization processes can play an important role in ensuring proper cell cycle progression.

In a collaboration with Thomas Erneux (ULB), Jan has published a paper in which we review a series of key traveling front problems in reaction–diffusion systems with time-delayed feedback, appearing in ecology, nonlinear optics and neurobiology. This work is part of the theme issue ‘Nonlinear dynamics of delay systems’ in Philosophical Transactions of the Royal Society A. 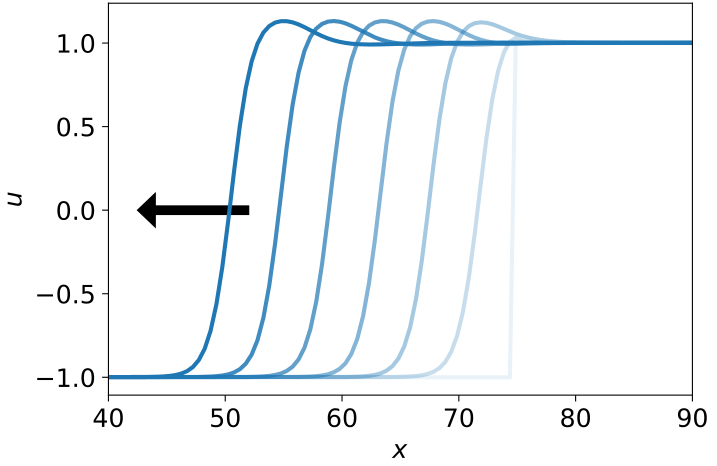 The project “Wetenschap Uitgedokterd” aims to get young scientists to leave their comfort zone in the lab and puts them in front of a camera to clearly explain their research to the general public in 3 minutes. Watch Jan’s video here (only in Dutch). Well done Jan, crystal clear! 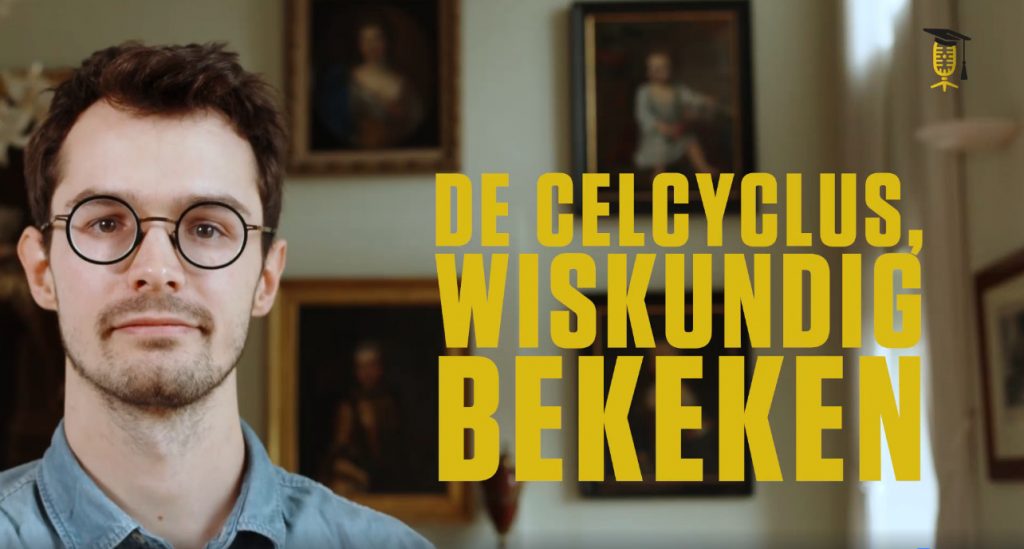 After almost 3 years together, Alexandra is leaving the lab to reinforce the Research Foundation – Flanders focussing on research policies and strategies concerning fundamental research. As the first member of the group, Alexandra played a crucial role in setting up the lab from the very beginning and was a wonderful person to have around. We wish her all the best and she will be greatly missed in the lab! 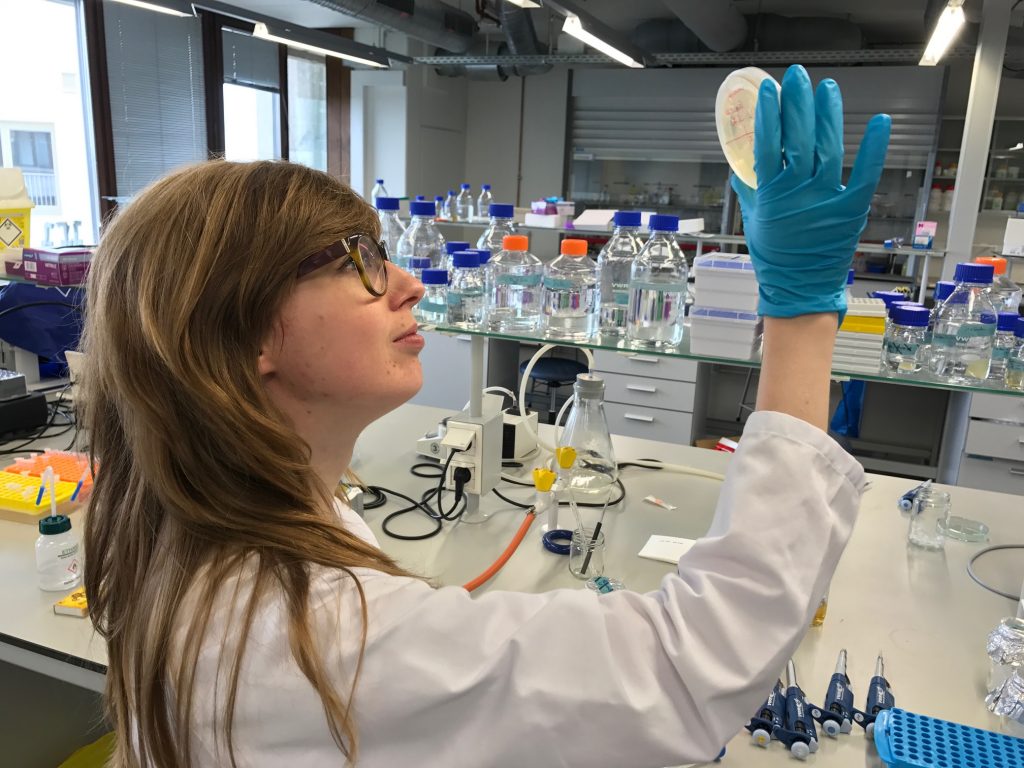 In a recent study, Purvis and colleagues (Chao et al, 2019) quantify cell cycle phase durations in human cells and propose a model whereby cell cycle progression in single cells is a succession of uncoupled, memoryless phases, each composed of a characteristic rate and number of steps. They also suggest that having such memoryless phases is a feature of healthy cells, while cancer cells have correlated phases. Silvia Santos (Crick, London) and Lendert have written a News&Views piece about this article.

In a perspective piece in BioEssays, Junbin Qian, Mathieu Bollen, and Lendert argue that this is indeed the case. Recent data suggest that timers and sensors can work together to guarantee correct timing and responsiveness. By exploring examples of cellular stress signaling from mitosis, DNA damage, and hypoxia, we discuss the common architecture of timer‐sensor integration, and how its added features contribute to the generation of desired signaling profiles when dealing with stresses of variable duration and strength.

In a joint effort with Tobias Hansson, Stefan Wabnitz, and François Leo, Pedro investigated theoretically the dynamics of quadratic frequency combs in a dispersive second-harmonic generation cavity system. We identified different dynamical regimes and demonstrated that the same system can exhibit both bright and dark localized cavity solitons in the absence of a temporal walk-off. These results are published in two Optics Letters papers, see here and here.

In a collaboration with the lab of Jeroen Raes (KUL) and Luc De Vuyst (VUB), Stefan has helped exploring human gut community dynamics. We established a synthetic community composed of three representative human gut isolates (Roseburia intestinalis L1-82, Faecalibacterium prausnitzii A2-165 and Blautia hydrogenotrophica S5a33) and explored their interactions under well-controlled conditions in vitro. Using a mechanistic model as reference, we demonstrated that strains grown in co-culture behaved differently than those in mono-culture and confirmed their altered behavior at the transcriptional level. For more information, see the publication in eLife.

We’re happy to welcome Arno to our lab! Arno studied biosystems engineering and he will be designing and using microfluidic devices to study various aspects of the spatiotemporal regulation of the cell cycle.

Toxin-antitoxin (TA) systems in bacteria and archaea are small genetic elements consisting of the genes coding for an intracellular toxin and an antitoxin that can neutralize this toxin. In various cases, the toxins cleave the mRNA. Stefan and Alexandra have used deterministic and stochastic modeling to explain how toxin-induced cleavage of mRNA in TA systems can lead to excitability, allowing large transient spikes in toxin levels to be triggered. This work has been published in PLoS One . 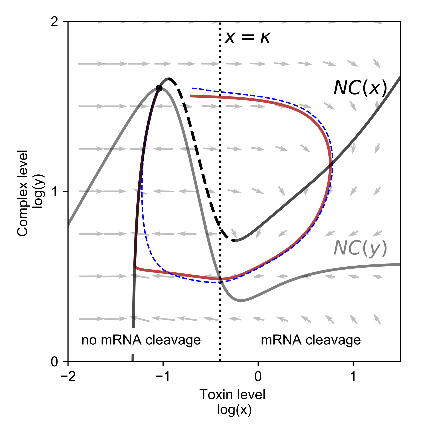